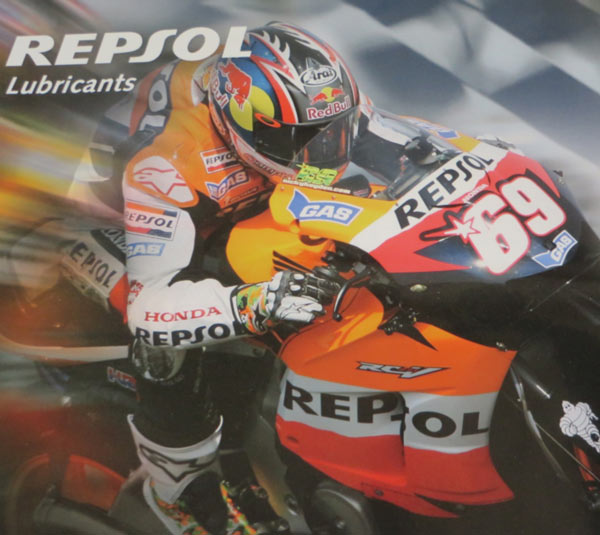 Many of us that live in San Diego have houses on hills or mesas, some in canyons or valleys. My good friend Fred lives in such a house on one of the nearby mesas. Fred has an older Honda 750 four, an early bike where cables and wiring can be a major issue when it comes to reliability.

Fred was working on his bike on his patio and his wife, Norma was in the house in the kitchen. Fred was racing the engine on the motorcycle to try and work out any friction he was feeling in the throttle cable and somehow, the motorcycle slipped into gear. Fred still holding the handlebars was dragged through a glass patio door and the motorcycle dumped onto the floor inside the house. Norma, hearing the crash, ran into the dining room, and found Fred laying on the floor, cut and bleeding, the motorcycle laying next to him and the patio door shattered. The wife ran to the phone and summoned an ambulance. Because they lived on a fairly large hill, the wife went down a large number of steps to the street to direct the paramedics to her husband.

After the ambulance arrived and transported the Fred to the hospital, the wife up righted the motorcycle and pushed it outside. Seeing that gas had spilled on the floor, the wife obtained some papers towels, blotted up the gasoline, and threw the towels in the toilet.

Fred was treated at the hospital and was released to come home.
After arriving home, he looked at the shattered patio door and the damage done to his beloved 750. He became despondent, went into the bathroom, sat on the toilet and smoked a cigarette. After finishing the cigarette, he flipped it between his legs into the toilet bowl while still seated. Norma, who was in the kitchen, heard a loud explosion and Fred screaming in pain.
She ran into the bathroom and found her husband lying on the floor. His trousers had been blown away and he was suffering burns on the buttocks, the back of his legs and his groin. The wife again ran to the phone and called for an ambulance. The same ambulance crew was dispatched and the wife met them at the street. The paramedics loaded Fred on the stretcher and began carrying him to the street.

While they were going down the stairs to the street accompanied by Norma, one of the paramedics asked her how her husband had burned himself. She told them and the paramedics started laughing so hard, one of them tipped the stretcher and dumped Fred out. He fell down the remaining steps and broke his ankle.

Fred sold his 750 as soon as the cast came off his ankle.

Celebrate our new website at our June 14th  Wednesday meeting.

RSVP:-  RSVP for all meetings at meetup.com/redhotriders or email [email protected]